Head of Instagram Adam Mosseri claimed in an Instagram Live that video is “driving an enormous amount of growth online for all major platforms” and that video will be a significant priority area for Instagram in the coming months.

The takeaway: It’s time to start developing video content if you want to expand online.

Still unsure? This blog article will discuss 7 reasons why a company must use videos for social media marketing.

You can make a lot of money with videos. An intro video on your website or a testimonial video on your landing page has power to boost conversions. The experts suggest that a video works effectively in whatever category in which it is used.

Video might potentially result in direct sales. According to studies, 74% of people who saw an explainer film about a product or service went on to buy it. So go to work on your exciting product videos right away!

When you think about it, video’s efficacy isn’t all that unexpected. The majority of information sent to our brain is visual. So, if photographs can significantly increase engagement, think about what motion pictures can do for your business.

To pique your interest even further, 83 percent of businesses believe video offers a good return on investment. Even though video creation is not the easiest or the cheapest operation, it pays off handsomely. Furthermore, internet video editing tools are developing and becoming more accessible. Even your smartphone is capable of producing good films.

Another plus is that your videos do not need to be flawless. It’s all about the content and with an Online Video Editor you can unleash your innovativeness. According to a recent study, videos that do not effectively describe the product or service are most turned off. It didn’t matter whether the product was of low quality or had a bad design.

Conversions and sales are built on the foundation of trust. On the other hand, relationship building should be a goal in and of itself. The entire premise of content creation is built on building long-term connections and trust. Stop selling and instead attract customers by presenting fascinating and vital information.

We are more likely to be engaged and have our emotions sparked by the video information. When it comes to elite audience members, YouTubers have emerged as the most powerful social media influencers for promoting your company.

Promotional videos can build trust as well. Some users are still skeptical of buying through the internet, fearing they might be cheated. Compelling marketing films, on the other hand, conversationally showcase your items. This gives a feel of personalisation, why 57 percent of buyers say videos have built their trust on brands and businesses.

You may have noticed visual content inside the first 10 seconds of logging onto any social networking platform recently.

Video content often outperforms most algorithms because it holds a viewer’s interest for extended periods.

Gen Z has grown up with YouTube as a critical form of entertainment and education and is considerably more connected to the internet than previous generations.

A YouTube poll found that half of the millennials and Gen Z stated they “couldn’t exist” without video in their everyday lives.

This helps to explain why TikTok, a short-form video app, has become so popular among Gen Z users. This group accounts for about 35% of TikTok’s 800 million+ users, with the majority of viral TikTok stars being between the ages of 18 and 24.

That’s why videos on Instagram get more interaction than any other type of content — Tweets containing video receive ten times the amount of interaction as those without.

Social media networks offer new features to encourage adoption, many of which are video-related.

Instagram Reels, for example, is still extensively promoted on the platform, making it one of the finest growth hacks available.

5. Video has a longer shelf life than audio

Video content not only receives higher interaction than other sorts of content, but it also tends to last longer.

For example, a TikTok video might appear in users “recommendations” even months after its release. This is because video content creates more interactions and shares, allowing it to stay in the ecosystem for longer.

6. Video can be used on a multitude of platforms

While creating high-quality video content takes longer than capturing a snapshot, once it’s done, you can utilize it to reach a variety of audiences across many platforms.

In other words, a more extensive reach equals a higher return on investment.

Since both TikTok and Instagram Reels have the same 9:16 structure and similar goals, this is a trend we’ve seen a lot of influencers and companies do well with.

The possibilities are endless.

90% of people view videos on their mobile devices. The number of mobile video views has increased by more than 233 per cent since Q3 of 2013. According to YouTube, mobile video consumption increases by 100% every year. Because people prefer to watch videos on the go, and the number of smartphone users continues to rise, your video audience will grow. Build your ideas, get creative and use an online video editor to bring videos that appeal to the mass.

Creating social media videos for your company involves both imagination and understanding of human psychology. The integration of these components build way to amazing advertising miracles at a low cost.

Social media marketing is constantly changing. New content sharing possibilities are coming up, and videos are yet preferred. 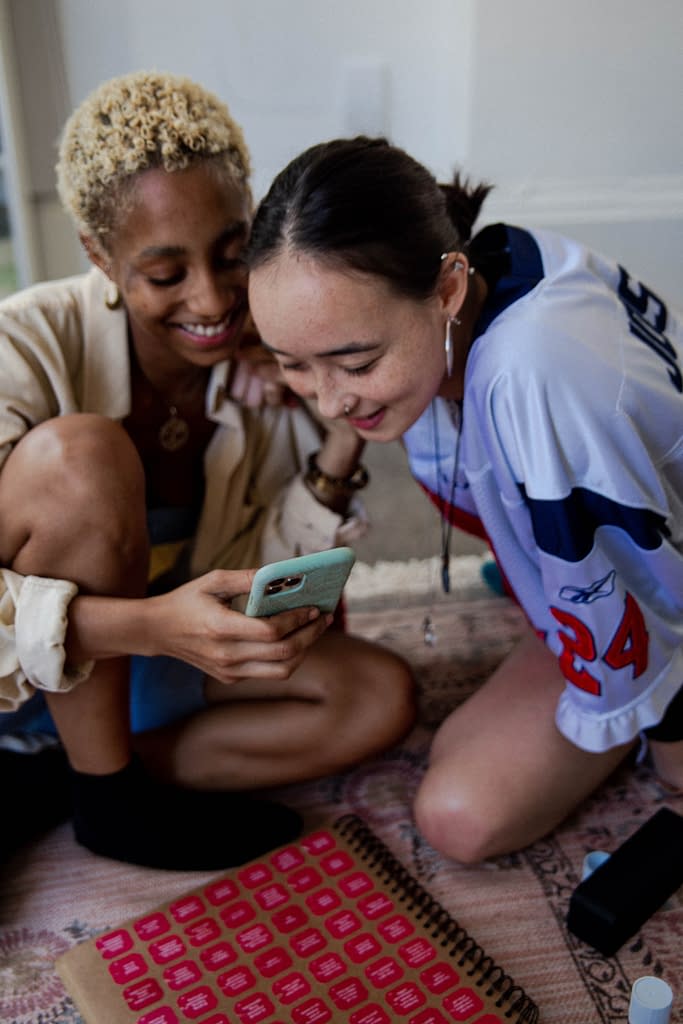