Under-delivery can happen for any number of reasons. In this article I’ll explain the four most common causes of under-delivery of ads and what you can do to fix them.

Under-delivery is when your campaign’s daily budget or lifetime budget is not met.

Under-delivery can lead to big problems if you’re running a time-sensitive promotion or if you’re looking to scale, but knowing what to look for can help resolve your problems pretty much right away.

Under-delivery can happen for a number of reasons. The most common reasons for this and the remedies to solve them are described below.

1. Too much text in images

Facebook has a 20% text rule policy. Images that contain more than 20% are often restricted in their reach. 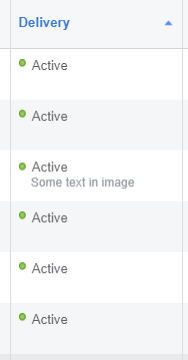 To remedy this, simply change the image so it contains less than 20% text. You can check how much text your image contains by using Facebook’s Text Overlay Tool.

2. Manual bid is too low

When I first started playing with manual bids on Facebook (more than a decade ago), I thought, “Oh, I’ll just bid $0.01 per click and that way I can gets lots of traffic cheaply.”

What ended up happening was my campaign didn’t deliver at all and after two days I had zero impressions.

I later learned that having a low bid will greatly impact my chances of winning at the ad auction and having my ads delivered.

If your campaign is under-delivering, check to see if your manual bid is too low. A good way to know if it’s your manual bid causing the issue is to change your bid to automatic and see if delivery improves.

3. Audience size is too small

Small audience size is another cause of under-delivery for Facebook campaigns, especially when combined with high daily budgets.

As a rule of thumb, any cold audiences will need to have an audience size of at least one million, if not more. Here’s why:

Let’s say your audience size is 500,000 and you’re optimizing for video views.

Facebook’s machine learning algorithm will look through your audience and see which users are most likely to reach your goal (i.e. who of the 500,000 users will watch your video to the end).

Let’s say that 40% of the audience is likely to watch your video, which makes your audience size 200,000.

These 120,000 users will also be targeted by other advertisers, and chances are you won’t win every auction.

Audience sizes at the top of the funnel must be large enough to ensure your daily budget is reached.

Too small of an audience with a high daily ad budget will cause under-delivery.

Automated rules on Facebook give marketers better control over their campaigns and allow them to turn ad-sets on or off when certain conditions are met.

They are a great tool when managing a large ad account with dozens of campaigns running daily.

However, when set up incorrectly they can cause campaigns to under-deliver because the rules that are set turn off the campaign prematurely.

If you’re using automated rules in campaigns that are under-delivering, either turn them off to see if delivery improves or ask another member of your team to review your rules to see if they are too restrictive or not.

Under-delivery is usually down to human error

I am active in many Facebook ad groups and almost weekly there is a comment from someone who is facing issues with under-delivery.

If your campaign doesn’t serve impressions in the first 12 hours, don’t worry about it too much. Sometimes it can take Facebook a bit of time to get your ads in their auction and serving. If more than 24 hours have passed and your ads still aren’t being served or delivery isn’t what it should be, start by troubleshooting the four reasons listed above.