A few weeks ago Facebook announced that they are merging Facebook Ads Manager and Power Editor into a single tool.

If you’re unfamiliar with either, the Power Editor and Ads Manager are two different tools that allow you to create campaigns.

The Power Editor was best suited for advanced marketers and offered added features which were not available on the easier-to-use Ads Manager.

Four years ago there were major differences between both tools, but today they are almost identical. Facebook’s new update, which is being rolled out right now, is converging them into one.

In this article I’ll explain the new features you should expect to see the next time you log in to your Business Manager account.

When setting up a campaign using the Ads Manger, before you’d typically see the following screen:

Creation flow flew from the campaign, to the ad set, to the ad, and this was the only way to create ads through the Ads Manager.

The Power Editor, before the update, gave you the option to use Guided Creation or Quick Creation, as seen below: 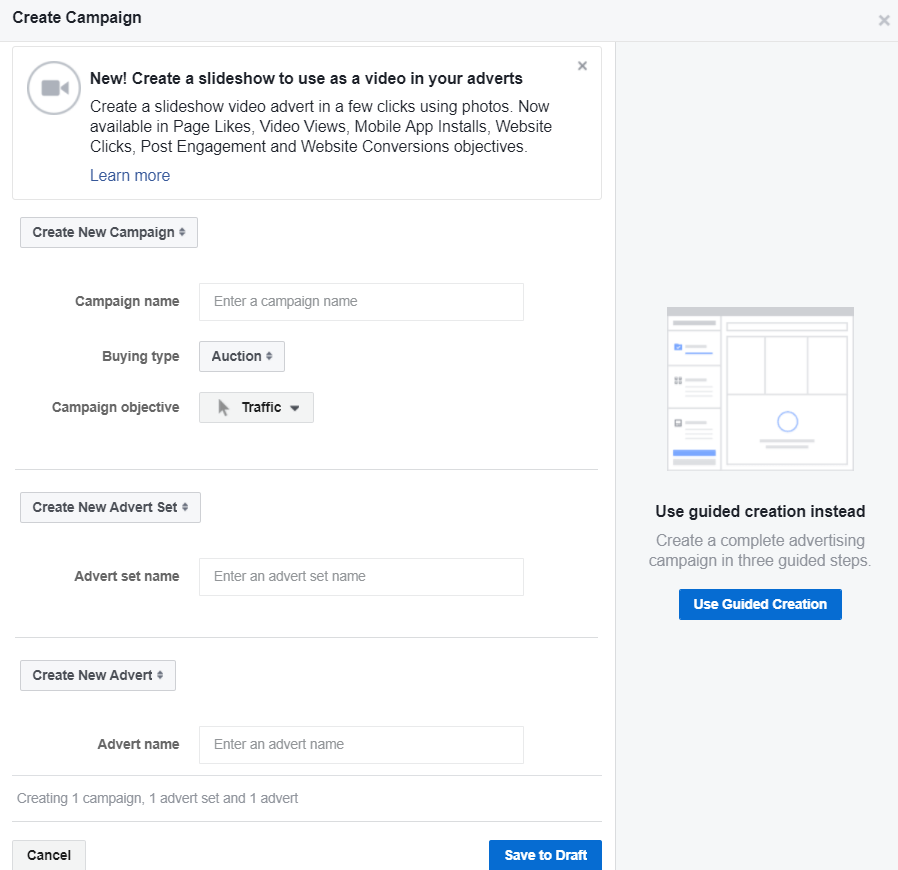 If you’ve never used the Power Editor, Guided Creation was the equivalent of running a campaign through Ads Manager. 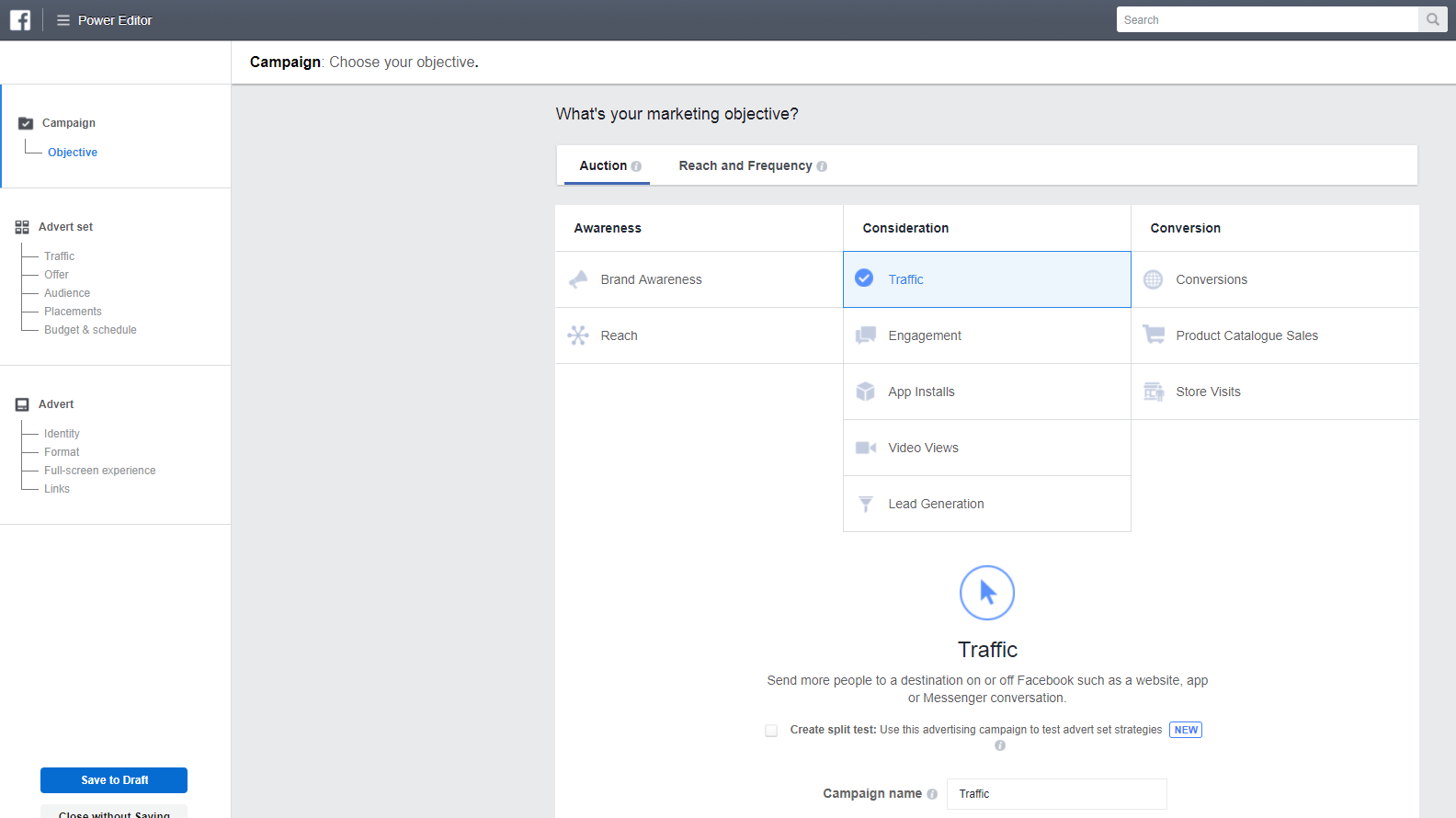 The new update now offers Ads Manager users the same features as the Power Editor for Guided Creation or Quick Creation. You’ll be able to toggle through the options by clicking the button in the top right-hand corner. 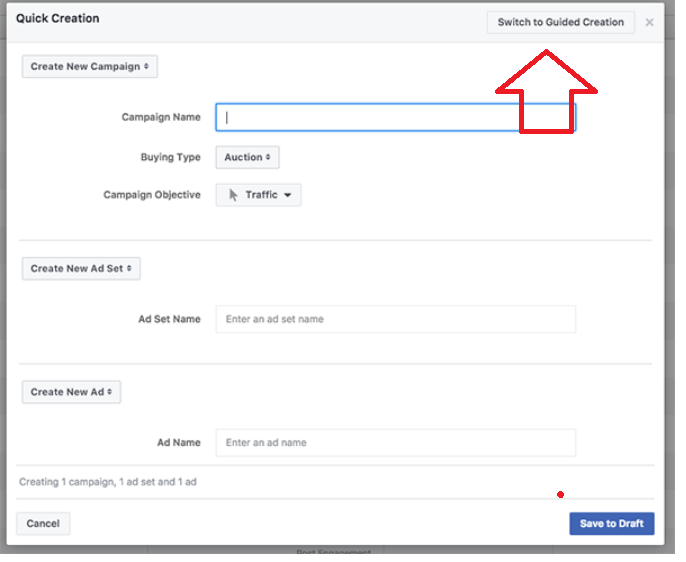 By default, Facebook will pick the creation method you’ve used in the past, but you can change that by clicking the button above to swap.

Another feature that you could only find within the Power Editor was to save a campaign as a draft and work on it at a later date. With the new rollout you’ll notice that you can now save campaigns as drafts using the Ads Manager.

At any point in your campaign creation, you can hit the ‘Save to Draft’ button in the bottom left-hand corner and return to it later. 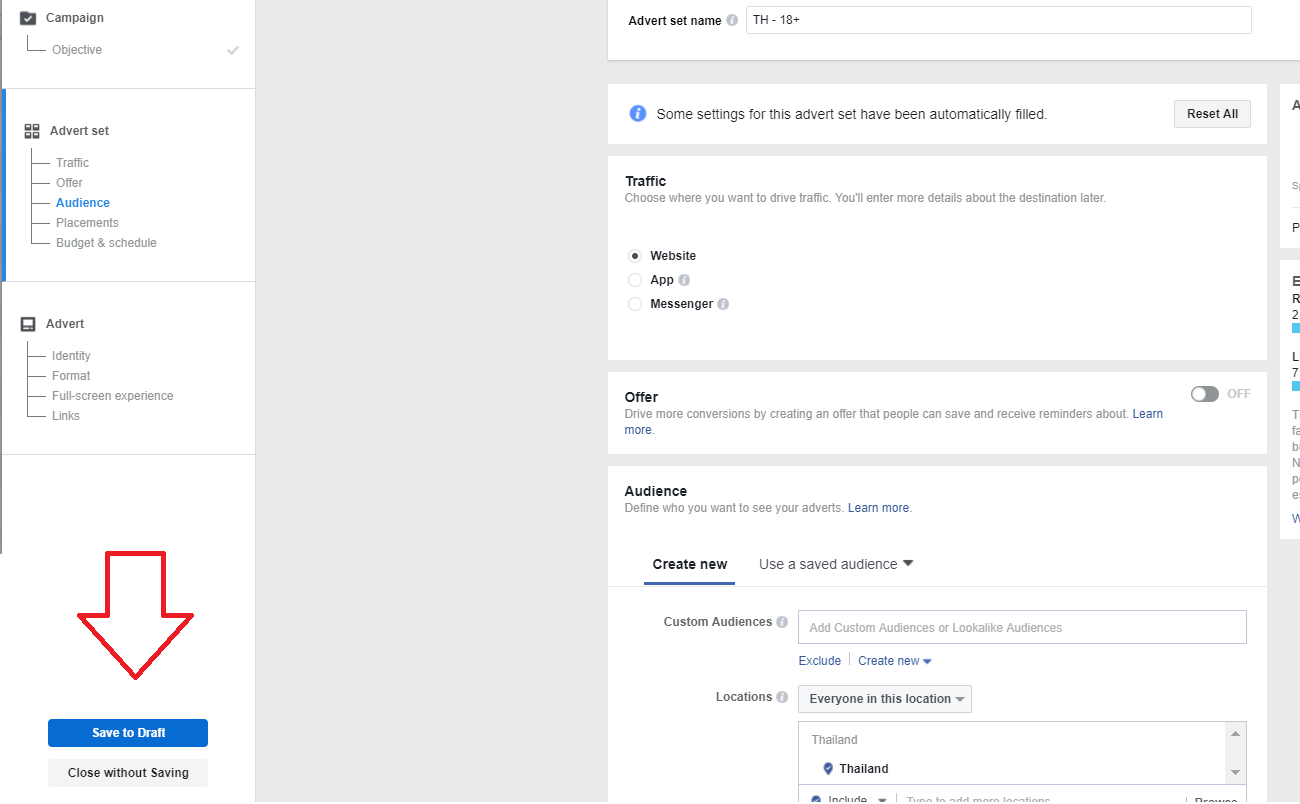 Moving forward, all advertisers can save their campaigns as drafts. If you forget about a campaign and you’ve saved it as a draft, Facebook will send you notifications to remind you.

The final change happening with the merging of the Ads Manager and the Power Editor is the updates made to reporting.

Before the merging of both platforms, the Power Editor had a much more detailed reporting system. If you switched between either, your metrics weren’t always the same (nobody’s perfect – not even Facebook).

This new update unifies all of your reporting into one area. You’ll be able to get access to the following:

This now gives advertisers one less thing to be confused about as reporting data will always be consistent, whereas before you could see two different sets of results.

If you only use the Power Editor, you’ve not lost any features; if you’re setting up campaigns using the Ads Manager, everything looks the same as before, but you now have more options on hand to set up your campaigns without having to use the more intimidating Power Editor.

Facebook only started their roll-out a few weeks ago, so you may not be able to see these options just yet. Please be patient.