The ability to exclude audiences in your Facebook ad targeting is an important tool to ensure you:

Facebook’s exclusion filter is mandatory to run a successful Facebook funnel, yet so many marketers and agencies don’t make full use of it.

In today’s article I am going to show you how to use exclusions to refine your Facebook audiences.

When setting up a Facebook campaign there are three ways you can exclude users from seeing your ad. The first way is by selecting a custom audience and excluding it:

The second way is to exclude people by location: 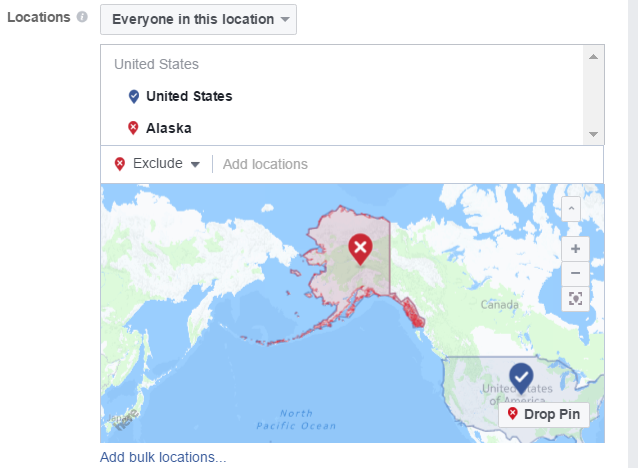 The third way is to exclude users by interest, behavior, or demographic:

These exclusions are all created at the ad set level when selecting your audience.

Here’s when and how you should be using them.

When to exclude custom audiences

To correctly exclude custom audiences, you first must have a Facebook funnel.

Middle – Custom audiences that have taken a lead magnet, have given you their email address, viewed your products, read a blog, or spent a considerable amount of time on your website.

Bottom – Your customer list or the people closest to conversion (depending on how you set up your funnel).

You don’t want to be showing the top of your funnel product ads that are being shown to your customers, as they are not ready to buy and it will only cost you more money.

Tip: Create a standard event custom audience for all customers who place a recent order. Then exclude them from seeing all ads for how many days you feel necessary based on average days between orders. A customer who just checked out your store doesn’t need to see product ads the following day.

Exclude by state or city

Excluding users based on their location is rarely used because if you target by county, state, or town, by default Facebook excludes every other location. 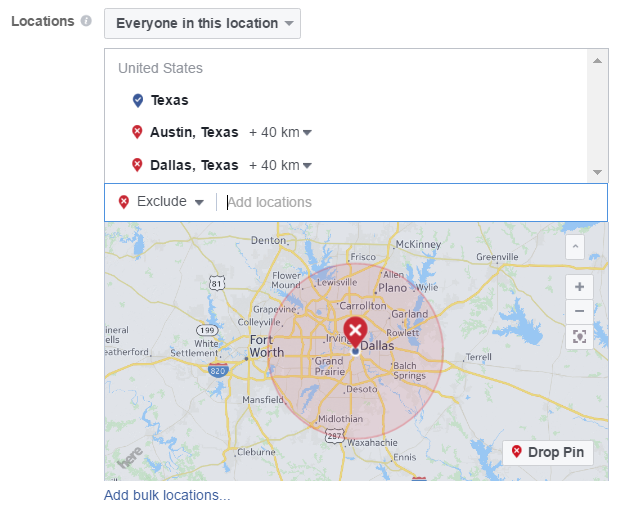 If you’re selling seasonal clothing products you’ll need to exclude various states based on their weather seasons, or exclude certain towns based on their average income level.

Excluding by interest is most commonly used with lookalike audiences and top-of-the-funnel custom audiences. By default, you’ll have the largest audiences at the top of your funnel, many of them having little to no interest in your service.

To streamline your Facebook funnel and ensure untargeted users don’t end up in the middle of your funnel, being shown irrelevant ads (that cost you money), it’s important you set the right exclusions.

What are the right exclusions?

I first suggest playing with the Audience Insights tool to learn more about your ideal customers and host a round table meeting with your sales and marketing team. Brainstorm traits your customers don’t have, things they would not like, or behaviors they don’t follow and exclude them.

These are just educated assumptions on what to exclude based on your target audience. You’ll need to test and play around with this a little to find the exclusions.

By using the right exclusions, you can remove tens of thousands of un-targeted users and custom audiences from seeing the wrong message. This will result in a higher total value score of your ads, which in turn reduces your CPA.

Failing to use Facebook exclusions while spending thousands of dollars in ads per day can see various custom audiences filled with low-quality leads comprising your entire Facebook strategy.