Starting in September 2019, Facebook will change the way it structures campaigns by using Campaign Budget Optimization as the default setting, which you won’t be able to turn off.

In this article I’ll explain what Campaign Budget Optimization (CBO) is, how it works, and how you should get yourself prepared for September.

What is Campaign Budget Optimization?

In a nutshell, Campaign Budget Optimization gives Facebook control over the distribution of your budget across all ad-sets to help you reach the lowest possible cost.

Typically, when you create any campaign type on Facebook, the amount you spend per day or lifetime is done at the ad-set level.

Campaign Budget Optimization sets the daily or lifetime budget at the campaign level. 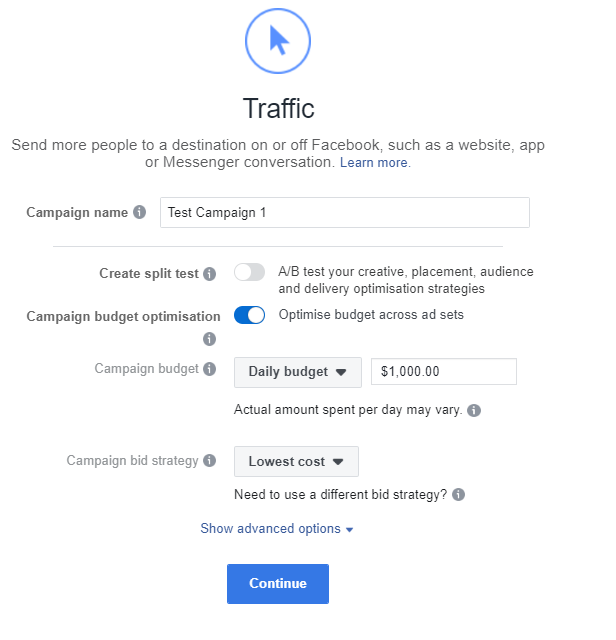 Using CBO, we ran the exact same traffic campaign with the four ad-sets above. Now, instead of spending the $1,000 equally across the four ad-sets, Facebook will distribute your budget based on the performance of the ad-set.

For example, if ad-set 3 is driving the most conversions for that day, your ad-set spend level for the day may look like this:

The following day it may be another ad-set that performs better and Facebook will automatically allocate more of the daily budget to that ad-set.

I don’t want to use Campaign Budget Optimization

If you don’t want to use Campaign Budget Optimization, there is one workaround which isn’t too difficult to implement.

When choosing CBO you can set ad-set spend limits, which ensures that each ad-set spends a minimum/maximum amount per day. You’ll be able to do this within the budget and schedule section within the ad-set. 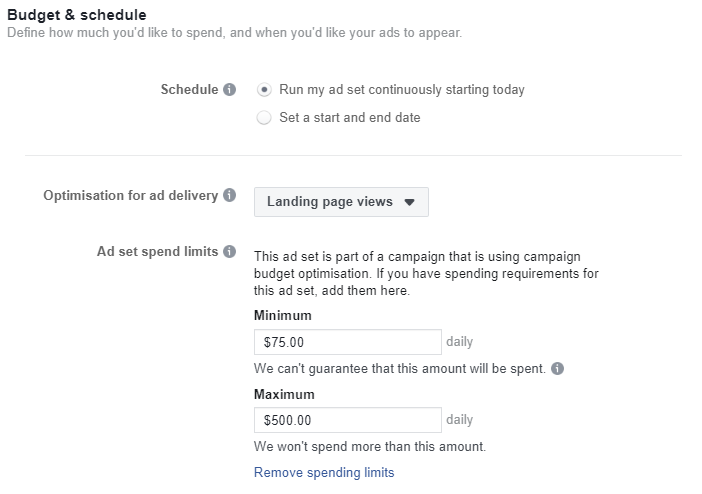 When will you use the minimum spend limits with CBO?

The first case is when you’re testing new audiences. If you’re trying to reach new markets, it makes sense to set minimum spend budgets to ensure you collect enough data about new audiences.

For example, if you’re testing 15 new audiences and you don’t set minimum spend limits on all of your ad-sets, the Facebook algorithm may allocate most of your spend to the best ad-set of the 15.

This sounds great – putting all your money in your best audience – but you run the risk of isolating other audiences which may not provide as great of a CPA as your top performer, but will still do well enough to turn a positive ROI.

If you have more than one audience that you have validated to be profitable, it’s a good idea to set minimum spend limits.

Get ready for September

Humans don’t like change because of the uncertainty it brings. Come September, all of your campaigns will change to Campaign Budget Optimization as default.

If you have not used CBO yet, I recommend you start doing so now to get a better understanding of how to restructure campaigns for the start of Q4.

Don’t sweep CBO under the rug and do nothing until September; the final four months of the year are usually the most important for e-commerce businesses, so get as much experience as you can with CBO before then.