Facebook is about to launch its own on-demand streaming service through its Watch platform. In this article I’ll discuss Facebook’s plans and what it could mean for advertisers in the near future.

Facebook Watch launched in 2017 as a free video on-demand service that as of today receives more than 720 million views every month, with more than 140 million users spending at least a minute or more on the platform. 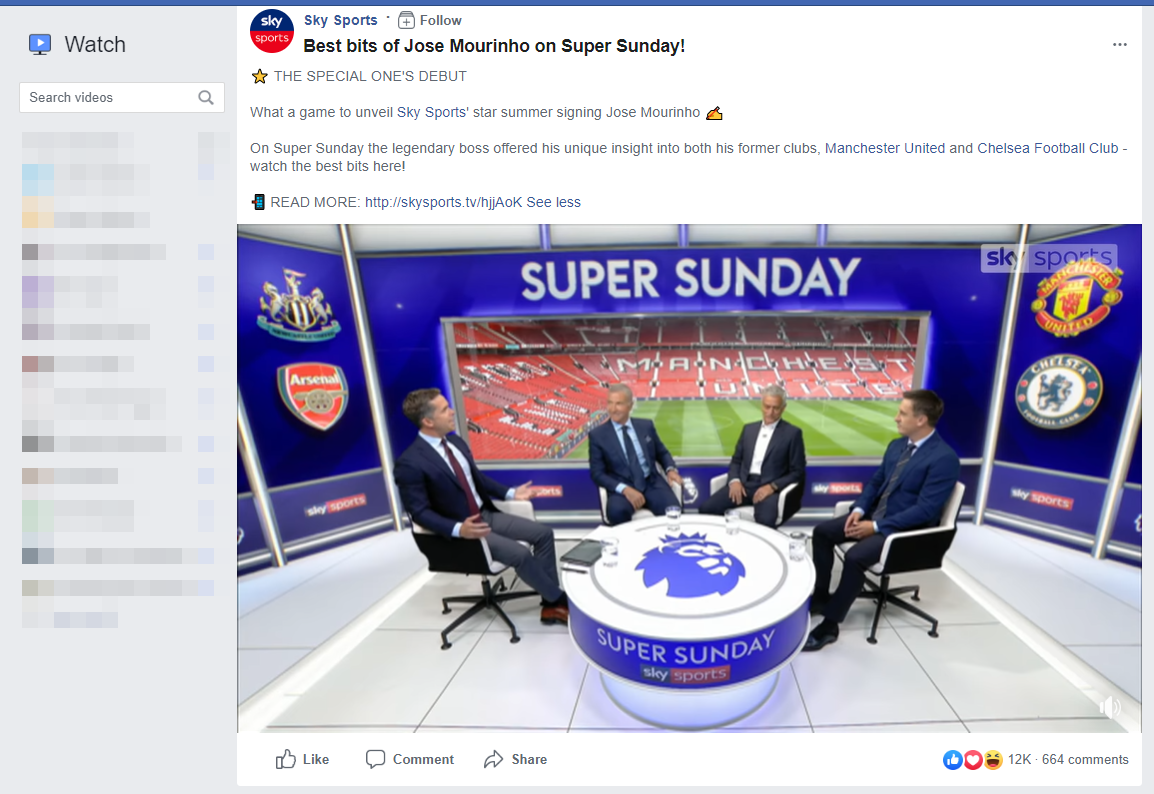 These numbers aren’t as impressive as YouTube’s, which receives more than five billion views daily, but it’s a great start for Facebook.

Facebook is now planning to monetize its Watch platform by working with the following streaming partners:

The twist with Watch is that viewers can come together in what Facebook is calling ‘Watch Parties,’ where fans can watch and chat with other fans about a certain film or episode in real time.

Facebook will show users call to actions to sign up to a free trial using in-video ads, trailers on Watch, and posts on Pages or the news feed. Payments will be made directly through the Facebook app.

This is currently a test and will be available for users in the US in the coming weeks.

Facebook Watch is only two years old so it’s a bit early to tell which direction Facebook is going to go, but I love the idea of Watch Parties as it can bring fans together and offers a great USP that many of the other platforms don’t have.

Hopefully, Facebook has some sort of moderation in place to stop people from spoiling the show in real time.

Users who subscribe to the service will be allowed to watch shows without ads, which is a smart idea when launching a new service.

I would not like to pay for a streaming service only to find out that I need to watch pre-roll or mid-roll ads.

This doesn’t mean that we won’t see ads later on, though.

For example, Amazon offers two types of Kindle: one that contains ads and is cheaper and another that doesn’t contain ads and is more expensive.

Facebook could offer a pricing plan like this, or the increased amount of users coming to the Watch platform will have a trickle-down effect on the rest of the shows that don’t require a subscription and contain ads.

Alex Wellen from MotorTrend said that some of their viewers NEVER leave YouTube or Facebook, and these are platforms that the brand cannot ignore if it wants to build its audience, which is why they have teamed up with Facebook.

Where things are heading

It’s becoming increasingly clear that everything is gravitating to the Internet. Consumers are spending less time in front of their TV watching cable and more time on streaming services that allow them to consume content when it suits them.

There are opportunities for businesses to start their own free shows on Watch, and if this test proves successful and Facebook teams up with more partners, then the amount of people who come to the Watch platform to watch their paid shows will trickle down to the free content and shows.

Having a presence on there from an early stage where you can educate your customers or create cool content can be extremely valuable.

For example, if you own a clothing business, then having a bi-weekly show on style and looks could be of great value to your audience.