If you scroll through your Facebook feed today, almost every other newsfeed update is a video.

Video has become an integral part of Facebook for organic and paid reach purposes.

In this article I’ll explain the rise of video content and how Facebook is staying one step ahead of everyone else.

It has only been in the last five years that video content has started to be used as the primary content format to lower CPA.

In the beginning you could only run Facebook ads on the newsfeed, and due to the fact that most brands weren’t using Facebook ads, competition was small and businesses could get away with running link click ads directly to their product pages.

Marketing on Facebook five years ago was much simpler than today – you didn’t need a video to win customers, just an okay-looking image with a nice headline.

With more than five million advertisers on Facebook today, these types of ads can end up being very costly and often yield a negative ROI.

As the cost to take a user off Facebook and onto your website increased, video provided marketers with the ability to get their message across through video without the user having to leave Facebook.

This led to cheaper engagement when, around 2014, Facebook introduced video retargeting which allowed advertisers to build website custom audiences from people who viewed their videos.

Now businesses had the ability to create complex Facebook funnels using videos, by retargeting people who watched their video with a specific direct response advert.

The number of Facebook daily active users has been increasing year on year since its launch.

With more than two billion prospects to target, businesses needed to come up with a way to reach people at scale without having to double or triple their marketing budgets.

Since running video ads are cheaper than most other formats, you are able to reach wider audiences and scale your ads faster for less marketing spend.

As advertisers started creating more videos, Facebook started coming out with new placements, such as in-stream and suggested videos, to meet demand. 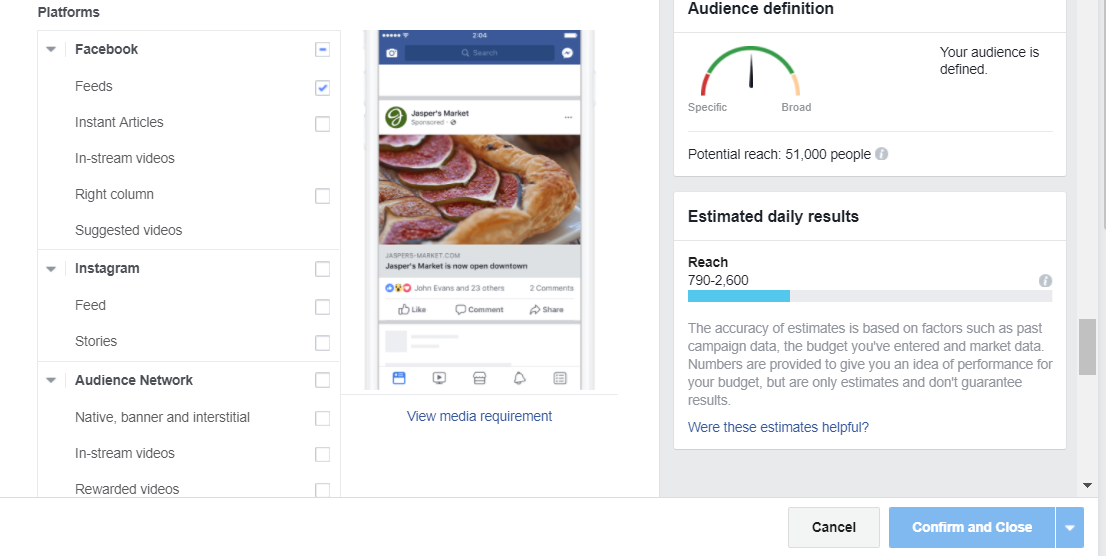 It wasn’t until 2015 when Facebook launched Live Video that the power of video advertising became known to the world.

Ten years ago it would have cost a few thousand dollars to create a video and publish it on Facebook. Today, you create one on any new smartphone in under 30 minutes and have it go viral if your storyboard is compelling enough.

Facebook has already started testing six-second video ads as a way for brands to reach new users. As the average attention span of a mobile user becomes shorter and shorter because of constant app notifications, brands only have a few seconds to engage with a prospect before their attention is lost.

Recent studies reveal that video ads that last for 6, 15, or 30 seconds or less perform best on Facebook.

Facebook is known to segment its core feature into apps. Messenger alone has over one billion users, and it also has dedicated apps for Groups, Workplace, and Pages, and it won’t be too long before they have an app dedicated purely to a video newsfeed.

Video ad spending accounted for 85% of all ad revenue spent by advertisers in 2017. The direction of Facebook and online marketing in the coming years will focus heavily on video.

Do you have a video strategy?

Video is the future of advertising.

Cisco stated that by 2021, 80% of internet traffic will be video. Facebook is an innovator in online marketing and helping businesses like yours reach their customers in the best way possible.

If you don’t have a rock-solid video strategy right now, not only are you leaving a LOT of money on the table, but you are also spending more on your cost per acquisition as this can be lowered dramatically with a good video strategy.

Do you know that video will play a big part in your business’s future but aren’t sure how to get started? Get in touch with us for a free consultation to learn how you can sky-rocket your growth with a rock-solid video marketing strategy on Facebook.