Unless you’ve just come back from a silent meditation retreat, you will no doubt have heard about Facebook announcing its new cryptocurrency, Libra, which is set to roll out in 2020.

In this article I’m going to discuss what Libra coin is and what it means for marketers and e-commerce businesses in the years to come.

What is Libra cryptocurrency?

Libra coin is a cryptocurrency that will allow its users to send money to their friends and buy things with almost no fees.

Users will be able to top up their accounts at exchange points such as grocery stores (much like the Apple and Amazon cards you can buy now) and through their standalone app.

Libra won’t be controlled by Facebook but is part of a venture with dozens of other businesses, including MasterCard, Uber, eBay, PayPal, and Visa.

Each founding member is given a single vote to control the governance of the coin, with Facebook saying it hopes to have over 100 founding members for its launch in 2020.

Facebook has gone on record to state that it won’t be sharing data between Libra and Facebook, meaning buying history won’t be used in ad targeting. They have set up a subsidiary company for the coin to ensure that data doesn’t overlap with Facebook. 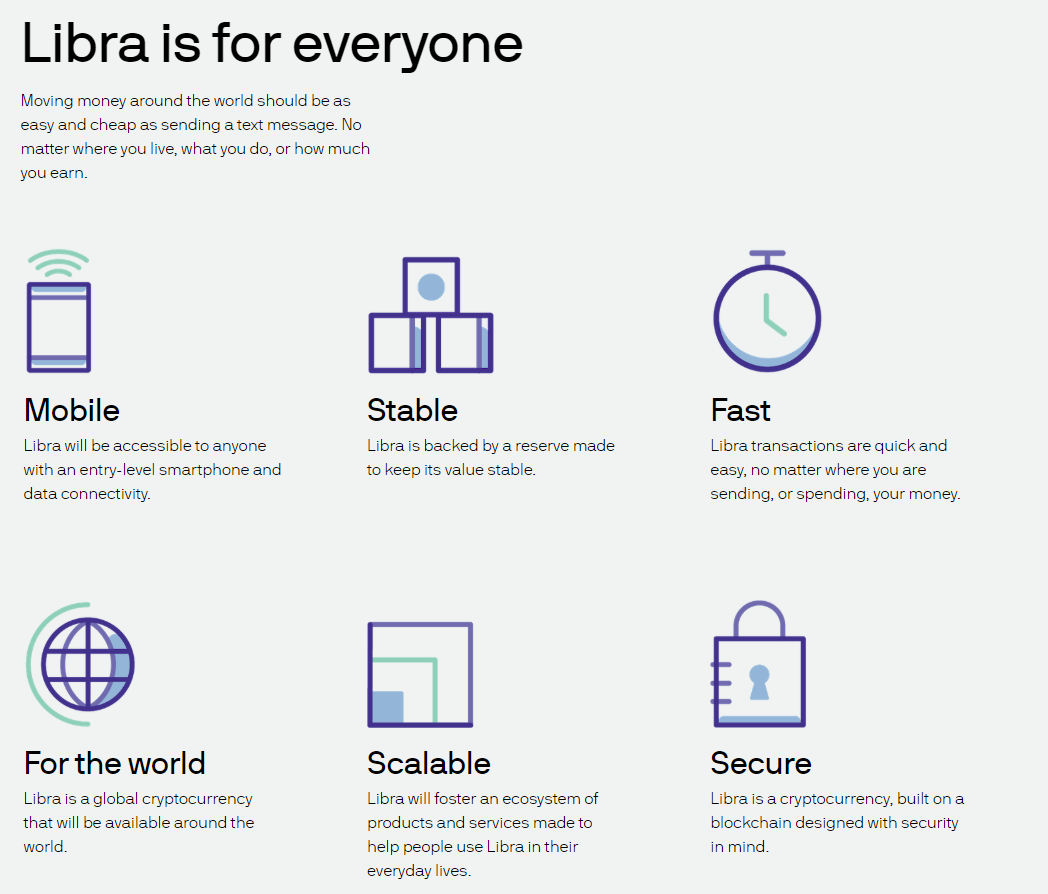 If Facebook isn’t using Libra to collect more data, what is it using it for?

The bigger picture of Libra

One of the biggest takeaways from this story is that Facebook stated that over 1.7 billion of its users do not have bank accounts, so Libra could be their solution.

As well as empowering people around the world, there could be an extra 1.7 billion users who can buy products online because of their Libra wallet. This will encourage more businesses to advertise on Facebook and increase their bottom line.

Facebook plans to combine Libra with Facebook, Messenger, WhatsApp, and build a standalone app where users will need to go through a ‘know your customer’ (KYC) process and upload data such as government ID to be able to create an account.

During the announcement, Facebook didn’t mention too much about how the coin would be used.

In the short term (1-2 years) I don’t expect a whole lot to change on Facebook.

If we take a look at the bigger picture it’s clear that Facebook wants to be more than just an online social hangout, with the introduction of marketplace last year and recently rolling out checkout on Instagram.

There’s a lot of uncertainly around cryptocurrency because it’s a new technology that’s trying to find its place in the market.

Facebook is much more than just a social platform; it is a technology influencer. It has gone long on virtual reality by buying Oculus and is now getting its feet wet in cryptocurrency.

It’s a little too early to make predictions on how this will impact online businesses, but I do see it leading to more sales taking place directly on Facebook.

As marketers and business owners we need to understand and use disruptive technologies to stay relevant.

The Internet disrupted how we search for information and buy products, and social media disrupted the way we communicate with each other.

How will Libra coin and cryptocurrency disrupt the way we take payments and sell products 10 years from now?