If you were previously on the fence about creating a Facebook group for your business, Facebook has added a bunch of cool updates to better assist group admins to manage and measure the performance of their groups.

Facebook has added the following new features to their groups:

These are useful metrics to know, as it will give you a snapshot of how your page is performing and what actions you need to take next. 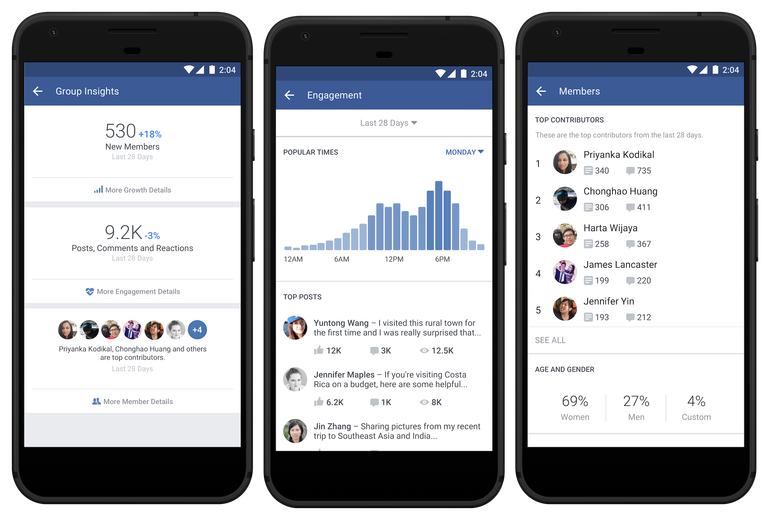 I quite like the top contributors metric as it shows you which users are most active and valued in your community, allowing you to reward them with free gifts or even make them brand ambassadors to help grow your community even more.

The top posts feature is also useful as it may provide you with content ideas for future blog posts or address problems or pain points within the community much faster.

One of the features of group insights is knowing when your group members are online. Facebook is now allowing group admins and moderators to schedule their posts to ensure maximum impact. 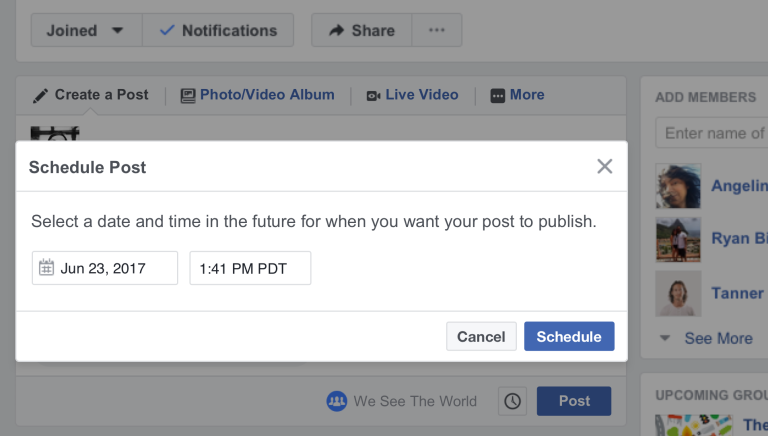 Your page admins can now create a week’s worth of posts at once and set them to go out during the week, where before they had to do it manually.

Group-to-group linking allows you to recommend other groups to your members and vice versa.

This is going to be very valuable if you can create relationships with other group admins who have a similar audience to yours, but serve a different market. For example, a yoga group linked with a health store group would have a lot of customer overlap without cannibalizing each other’s customers.

Use the Facebook search feature with groups with a similar audience to yours, but serve a different need.

We’ve all seen it when a group member goes rogue and starts trolling the entire community. Facebook’s removed member cleanup feature lets you delete all comments from a user with a single click, and block them from joining your group again. 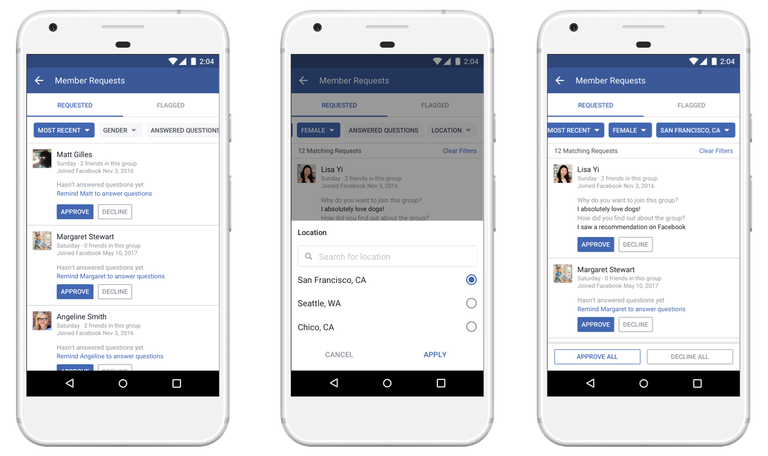 If you have joined a Facebook group in the past few months, you may have been asked to fill in a short questionnaire to let the group admin know a little more about you. 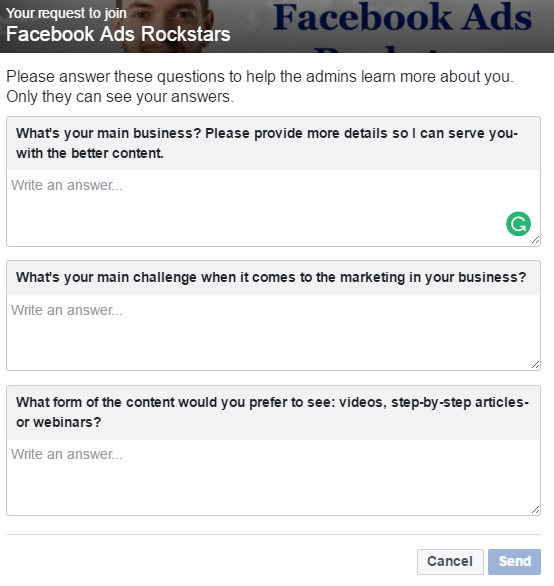 Facebook has taken this one step further and now allows group admins to accept people from certain genders or locations automatically. It’s a new feature, so there’s also a chance of it excluding users from joining who shouldn’t be excluded.

One of the biggest fears that businesses have about creating Facebook groups is the inability to control what happens once they reach a large amount of active members.

If a group of users decided to bash your business, they could easily comment on every other previous post and damage your community and brand reputation.

These new features are giving group admins more power, insight, and control over what happens within their group.

If you’re the marketing manager for your brand and have been trying to convince the powers that be that you need a Facebook group, then with group insights you’ll be able to show them hard evidence of the benefits of managing a Facebook group.